The Bicentennial Story of Santa Anita

It's the year 1826, barely 5 years after Costa Rica's declaration of independence. Don Juan de la Rosa Sánchez Romero, a known merchantman in Costa Rica´s central valley,
is waking up at 4am to begin his first ever journey from the central plateau towards the seaport in the pacific coast.
He´s riding not as a passenger, but as the owner of the oxcart caravan that comprised his new entrepreneurial endeavour: coffee logistics.
‍
The journey was long, tiring, perilous and the definition of adventure. It took them around 6 days just to reach the seaport one-way, then another 6 days to return to his homestead in the then small village of Heredia (now, the small city of Heredia, an urban annex of the capital, San José). First round trip completed; huge success.
Mr. Sánchez Romero thus started to become a well established transporter of the golden bean, a purveyor of well-being for his family and his town, and an honest, pure at heart fellow.

He turned into a trusted name for freighting the cherished golden bean for important producers and millers of his epoch.
He had over a handful offspring, many which died of young age; commonplace woes of the era. But amongst his dear children, Julio, a middle son born in 1862, stood out amongst them all as his father's right hand and business successor.

Julio Sánchez accompanied his father from an early age on his many coffee endeavours and grew up to not only succeed his father at his business, but to vastly transform the business from a simple oxcart caravan transport model to in fact, becoming himself, through nothing less than pure human sweat, Costa Rica´s biggest and most renowned coffee producer.

The remark reads:
" The patriarchal customs of ' The king of Coffee ' (Don Julio Sánchez) which makes of his home an extension of the primordial home. They don't impede moving along the century towards perfecting the means of labor. He is one of the most enthusiastic proponents of civilization, and, everything that man invents for simplifying and speeding up work, he adopts."

Villa Emilia, Don Julio Sánchez' home in Heredia and where we, the current generation, lived in until recently.

Let us hear it from Cañas Marín, one of the country´s better historians:

"Julio Sánchez raised the largest coffee empire that Costa Rica ever saw. He exported over 20000 quintals per year. He sowed over 2000 hectares of the plant. He built and put 7 mills in motion. The mills were technological marvels of it´s time, utilizing the latest in human knowledge to bring out the best in the beans. He fined tuned his production know-how to select better fruit and increase the quality of the cup, to the point of reaching a premium price for it´s famous coffee in the most demanding European markets. He dabbled in livestock, commencing work in a terrain of almost 15000 hectares in Guanacaste´s central area, that, first became a grand livestock enterprise and subsequently, after his death, his children converted into the country´s most impressive sugar cane estate. He acquired land in inaccessible places, and travelled often alone, because nobody dared join him, he sowed those lands and brought work and prosperity wherever he stepped. All of what he did he did with a social-christian concept, involving his workforce into a paternal system of above-fair wages, housing and personalized and family-wide medical attention."

" There are no longer, Costa Rican´s like this..." famously wrote Jacques Sagot, one of Costa Rica´s highest intellectuals and delectable musical virtuosos.

Ever inspired by the historic persona of his grandfather, Don Juan as we so dearingly refer to him, is as strong, daring and visionary as his grandfather. He has shaped the face of Costa Rican coffee culture through constant innovation and commitment to excellence. He built Santa Anita estate in the year 2001 and has established his very own brand of impeccable, just, passionate and delectable specialty coffee worldwide.

He was bestowed the medal for coffee merit in 2019, the highest recognition an individual can earn in the Costa Rican coffee sector, for his insurmountable trajectory and achievements, legacy and vision towards Costa Rican coffee culture.

So, what a journey so far, we're finally coming back to present day story.

Santa Anita is now in the hands of 4th and 5th generation coffee producers, with don Juan Manuel´s family also at the helm of the operation and hungry for progress , with that insatiable penchant for thrusting forward what it means to be a coffee producer as the foundation for the business vision, creating more, history and more stories with each passing crop.
‍ 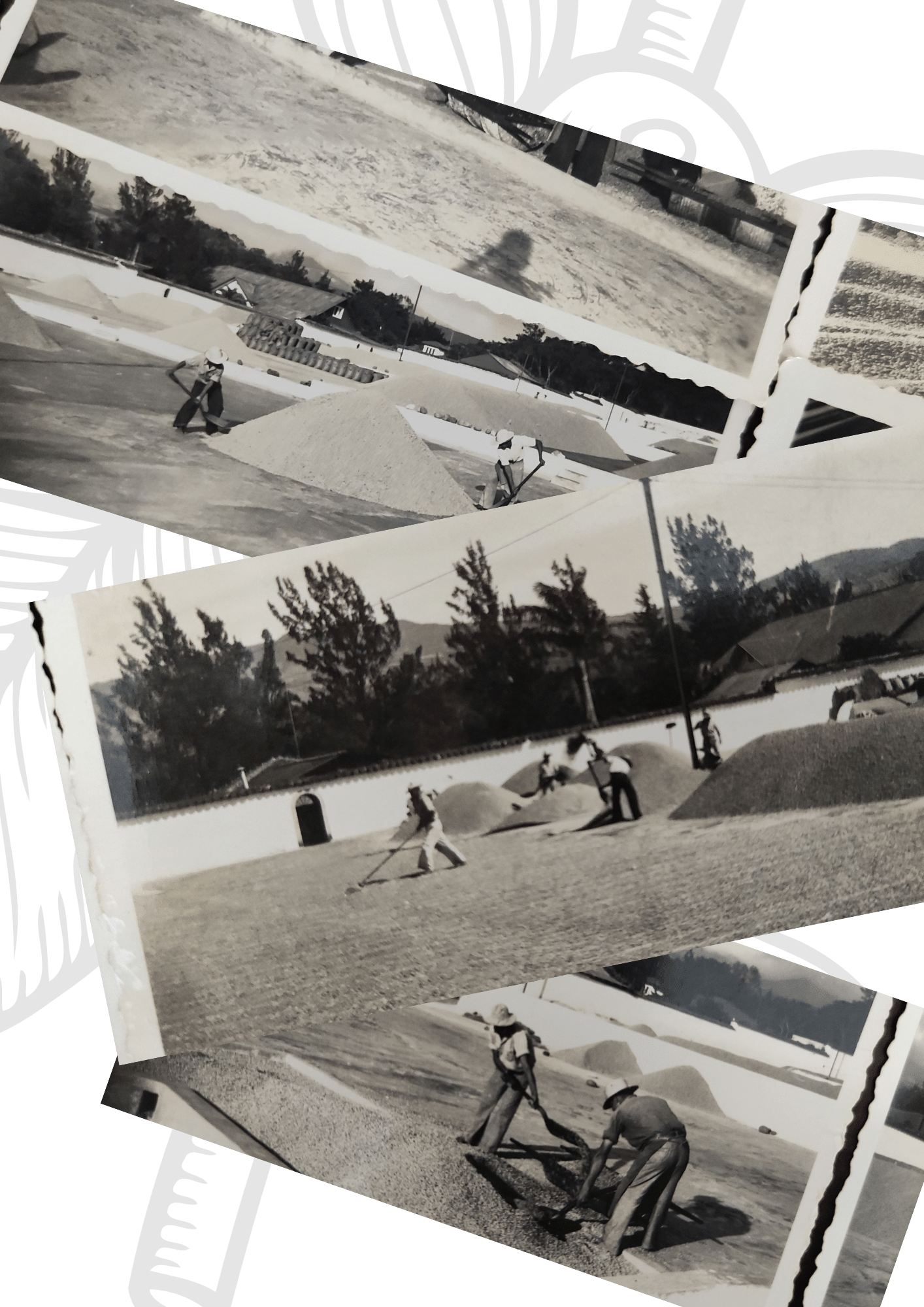